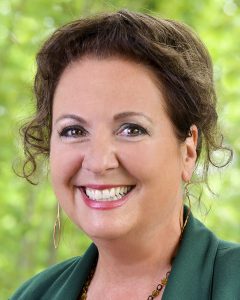 TriMet’s Board of Directors has appointed TriMet General Counsel Shelley Devine as interim General Manager of the transit agency. The Board made the appointment during a teleconference this morning, Wednesday, Feb. 21, 2018. General Manager Neil McFarlane wrapped up his service today. He announced his retirement in October after more than seven years as General Manager, and some 27 years with TriMet.

Devine will temporarily lead TriMet while the Board finalizes its decision on a permanent General Manager. TriMet and the Board have conducted community outreach since November during the General Manager search. The Board named TriMet’s Chief Operating Officer (COO) Doug Kelsey as the finalist for the position at its January 24 meeting. Board members and Kelsey have been meeting with community stakeholders to discuss TriMet’s long- and short-term goals. The Board expects to make a decision at its February 28 meeting on whether to offer Kelsey the General Manager position or continue the search.