No disparity in fare enforcement 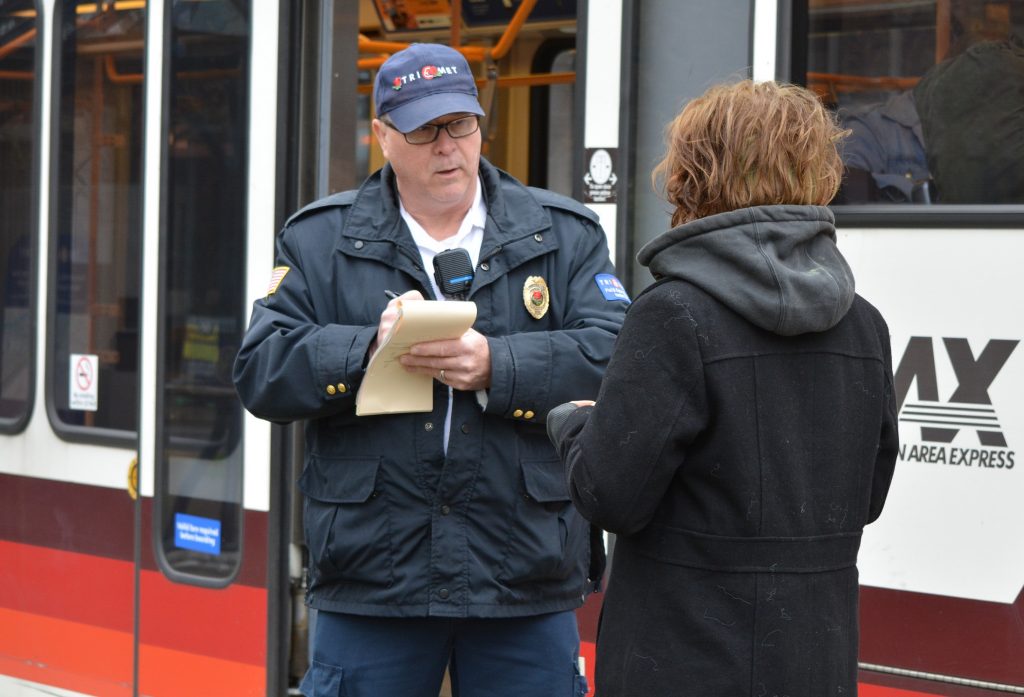 Renauer’s analysis uses TriMet’s fare enforcement and ridership statistics, as well as our fare evasion survey. It’s believed that TriMet is the only transit agency in the U.S. to use a survey of fare evaders to examine for racial disparity.

According to Renauer, repeat fare evasion is still a unique challenge for TriMet. His 2018 analysis found that in nearly 34 percent of incidents, the person evading fare had been involved in at least one other incident during the two-year study period. That percentage grows when it comes to African Americans.

“In 46 percent of incidents involving African Americans, the rider involved had at least one other fare evasion during the two-year time frame,” said Renauer.

While Renauer’s 2016 research had noted that African Americans received exclusions at a slightly elevated rate, his 2018 report found that rate had dropped below the threshold for disparity. With his latest analysis, TriMet asked Renauer to dig deeper on the data.

“The results of this effort (a more in-depth examination) illustrated the presence of a small group of chronic fare evaders and persons receiving repeated exclusions,” said Renauer.

Renauer concluded that small group who continually engage in fare evasion led to the elevated rate for exclusions, and was not the result of racial or ethnic biases. His research found that 56 people accounted for about 25 percent of the 732 exclusions given to African Americans during the past two years. If those 56 persons had only one exclusion, instead of three or more, the exclusion rate would have been 4 percent lower according to Renauer.

The analysis found a 16.6 percent fare evasion rate on the MAX system in 2018. That’s up from the 14.5 percent noted in the 2016 report. TriMet is working to increase fare enforcement on the system. TriMet has signed a contract with Portland Patrol Inc. for a new type of contract security officer to patrol the transit system. Within a year’s time, we expect to have up to 30 personnel with a peace officer background providing a security presence while conducting TriMet Code enforcement, including checking fares.

TriMet also recently took steps to decriminalize fare enforcement and bring greater equity to the process and our transit system. We believe these efforts will help reduce fare evasion, and may stop some people from continually evading fare.

“Equity and transparency in fare enforcement are a priority for TriMet, and will remain so as we increase our enforcement efforts,” said TriMet General Manager Doug Kelsey. “Fare is fair. While we remain challenged with a small number of people who repeatedly do not pay, we hope our reduced fare program and less punitive options to resolving fare citations will give people the opportunity to break the cycle of fare evasion.”