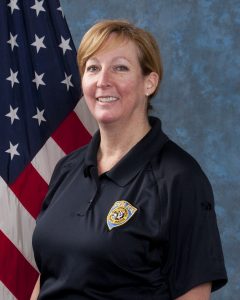 TriMet has a new executive director of the Safety and Security Division coming on board. Marla Blagg moves to TriMet from Bay Area Rapid Transit (BART), a transit agency in the San Francisco area. She will start at TriMet on October 22 and work closely with outgoing Executive Director Harry Saporta, who is planning to retire in early 2019 after eight years leading TriMet’s safety and security efforts.

“Blagg brings proven leadership and management skills to TriMet,” said TriMet Chief Operating Officer Maurice Henderson II. “She identifies needs and works toward solutions that benefit the public’s safety and an agency’s operation. We are excited to have her join us in this critical role, and I am confident that our customers will benefit from her dedication and expertise in emergency preparedness.”

Through her dedication to public safety, Blagg serves as an adjunct professor for the Infrastructure Training & Safety Institute at Texas A&M University’s Texas Engineering Extension Service (TEEX). She provides real-world training to first responders and public service professionals on disaster management. She received a commendation for her emergency response efforts during Hurricane Irene in 2012.