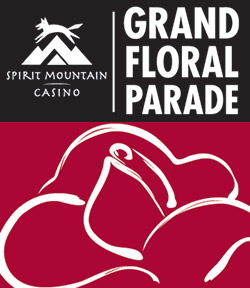 Let TriMet whisk you to witness the jewel of Portland’s Rose Festival – The Grand Floral Parade – on Saturday, June 9. After the Grand Floral walk begins at 9:30 a.m., the parade winds its way through the streets of Portland City Center from 10 a.m. to 2 p.m. and we’re ready to get you to the festivities. Plan ahead and be patient as Rose Festival parade days are typically TriMet’s busiest days of the year. We’ll have staff out and about to help you navigate to, through and back home from the parade.

TriMet wants you to have fun and stay safe during the Grand Floral Parade. Our operators will be watching out for you, but please be aware around our buses and trains. Also, always pay attention to your surroundings and your possessions, and if you see something suspicious, say something. Alert a TriMet employee, a police officer, a Rose Festival staff member or call 9-1-1 (text 9-1-1 if unable to make a voice call).