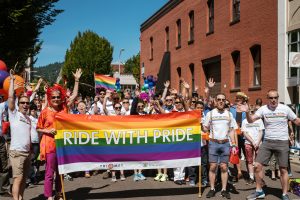 TriMet is your travel ticket to celebrate Portland’s Pride Festival and Parade this weekend. We’re also proud to be a participant in the annual event that celebrates the LGBTQ community and attracts thousands of visitors to Portland each year. The festival runs Saturday and Sunday, June 16-17, and features events around Downtown and Tom McCall Waterfront Park. 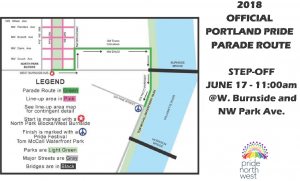 distance from whichever event you plan to attend. Go to trimet.org/planner to easily plan your trip. Two marches – the Trans Pride March and Dyke March – take to the streets Saturday, June 16 from about 2 p.m. through 7 p.m. The Portland Pride Parade  steps off Sunday morning, June 17 at 11 a.m. through about 1:30 p.m. and is expected to draw more than 60,000 people.

Everyone is welcome at TriMet

TriMet respects the civil rights of all the people we serve. This is TriMet’s third year of actively being a part of Portland Pride events. It’s a natural fit for our agency, which is committed to promoting and facilitating inclusivity and that celebrates diversity throughout the organization. Look out for our bus that will be in the parade! 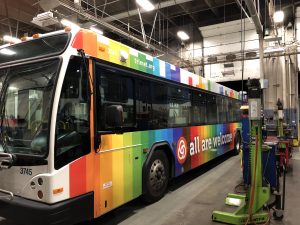 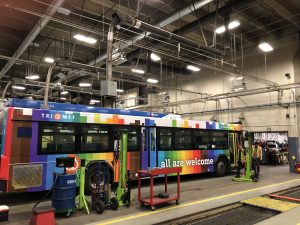