TriMet Board of Directors and Kelsey reach contract agreement 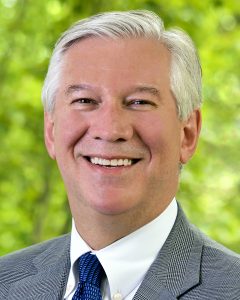 New General Manager Doug Kelsey is officially in the driver’s seat at TriMet. The TriMet Board of Directors has reached a contract agreement with Kelsey a week after appointing him as its choice to lead the agency. Kelsey has served as TriMet’s Chief Operating Officer since November 2015. The Board selected Kelsey following an international search for candidates and extensive community outreach on the priorities for TriMet and its leadership. Kelsey signed a three-year contact with an annual salary of $298,500.

“It’s an exciting time at TriMet as we expand service to meet the growing demand of the region,” said Kelsey. “While we move full steam ahead, I am committed to improving our communication and collaboration with the community since we are stronger when we work together. I would also add that improving diversity and equity is a top priority so that our agency reflects our community that we, at TriMet, are so proud to serve.”

At their February 28 meeting, the Board of Directors heralded Kelsey’s long demonstrated track record of success as well as his work at TriMet. Those achievements include:

The Board also noted that Kelsey has the skills necessary to lead the agency in navigating the challenges ahead as the agency implements HB 2017 and launches an aggressive expansion in service.

Kelsey, a Canadian citizen, was granted a new visa in order to accept the General Manager position.  Prior to TriMet, he worked at TransLink, the regional transportation authority in the Vancouver, B.C. metro area, where he served in many capacities including Chief Operating Officer.